These two one-act plays were Theatre Quadra’s submission to the 2013 Port Alberni Valley Fringe Festival held at the Capital Theatre in Port Alberni, BC.

This play was a soap opera farce taking place in Canada in the 1960s. A couple is waiting to meet their baby, as well as dealing with a sister’s exciting new romance with an inventor. A man who is more interested in his inventions than proposing. A plan is hatched to get the sister and her boyfriend married. The question remains – will the scheme play out before the baby arrives?

A delicious comedy about a tragic case of mistaken identity. This play follows an unfortunate accountant, who finds himself on stage acting in several plays. He is unprepared and gets his lines wrong over and over. He is frustrated but, little does he know an even worst fate is waiting for him in the big finale. 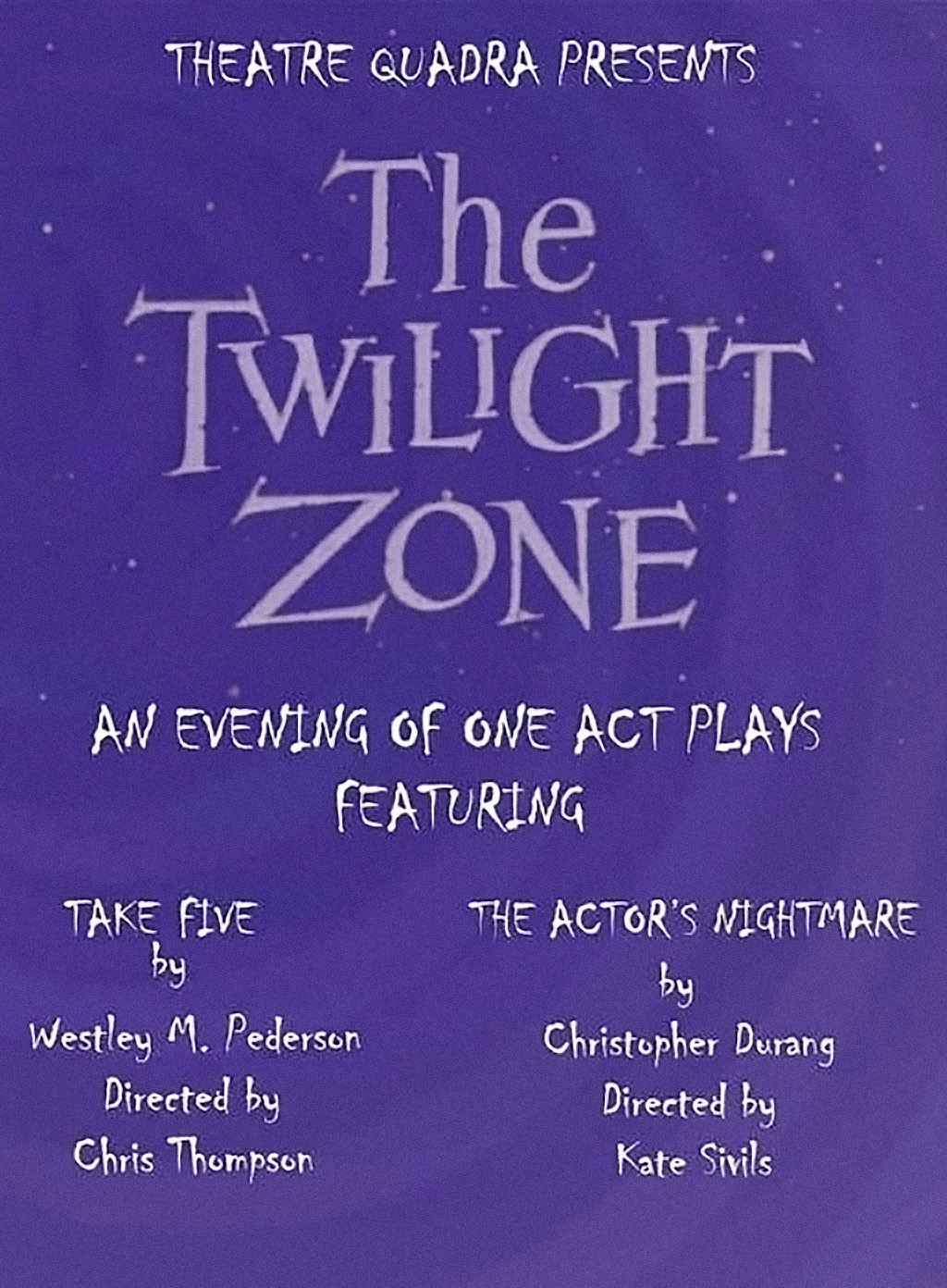 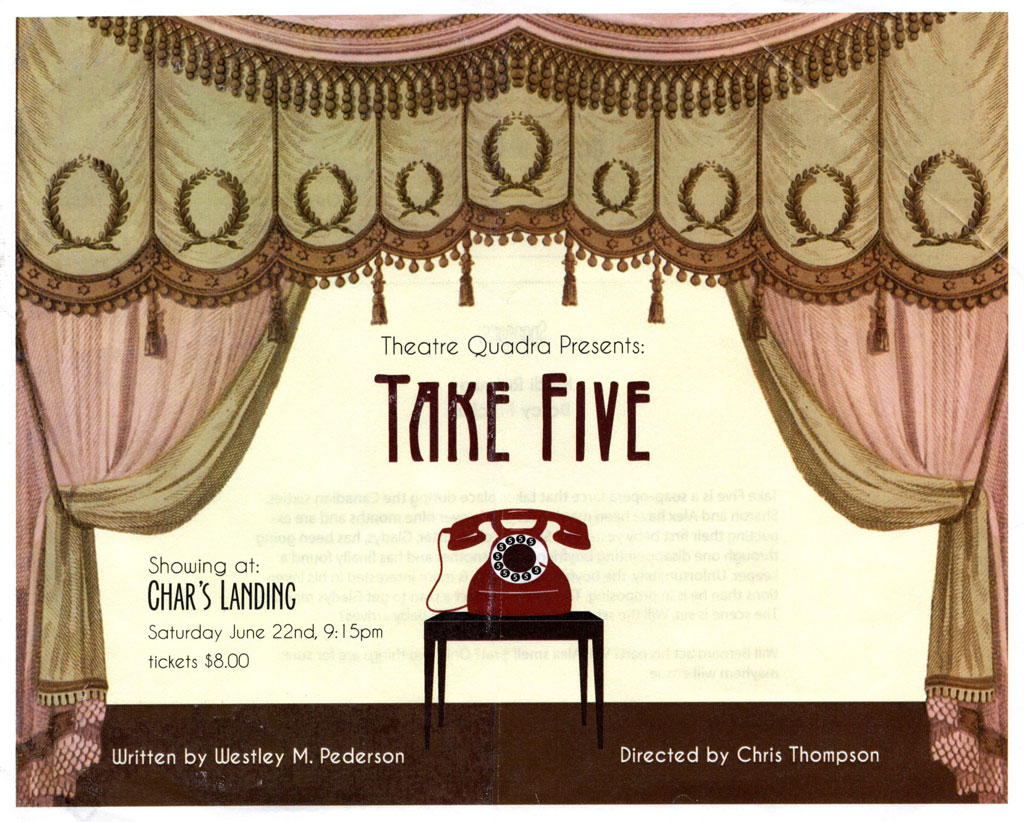 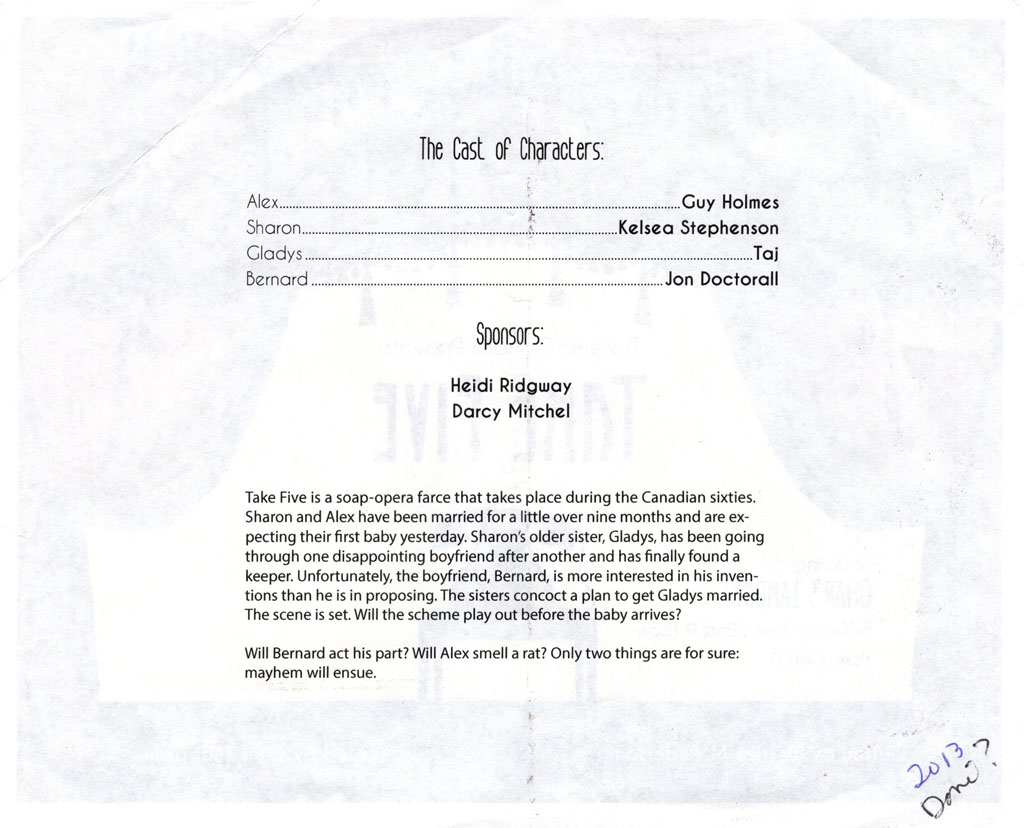 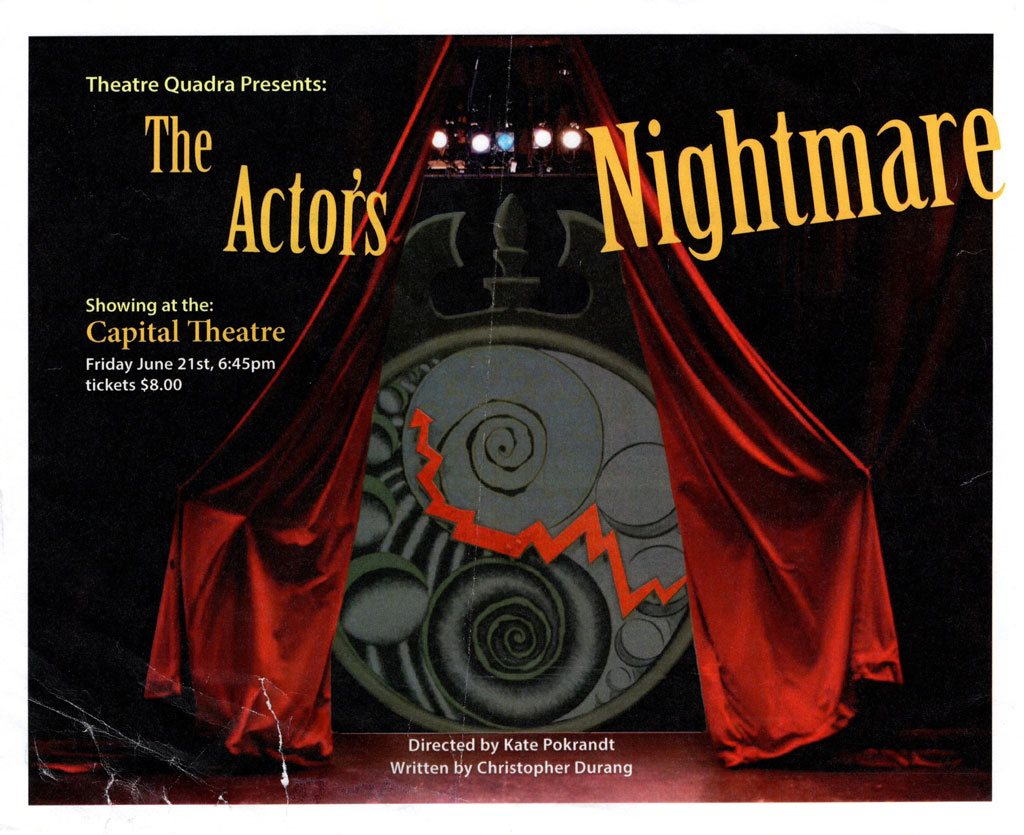 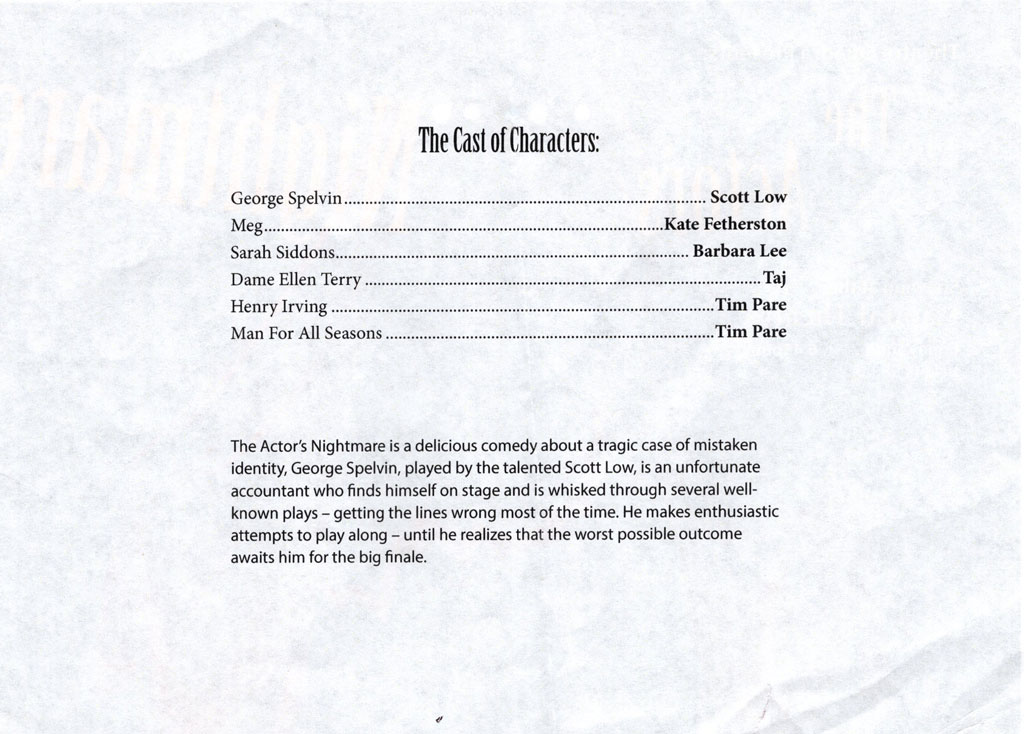 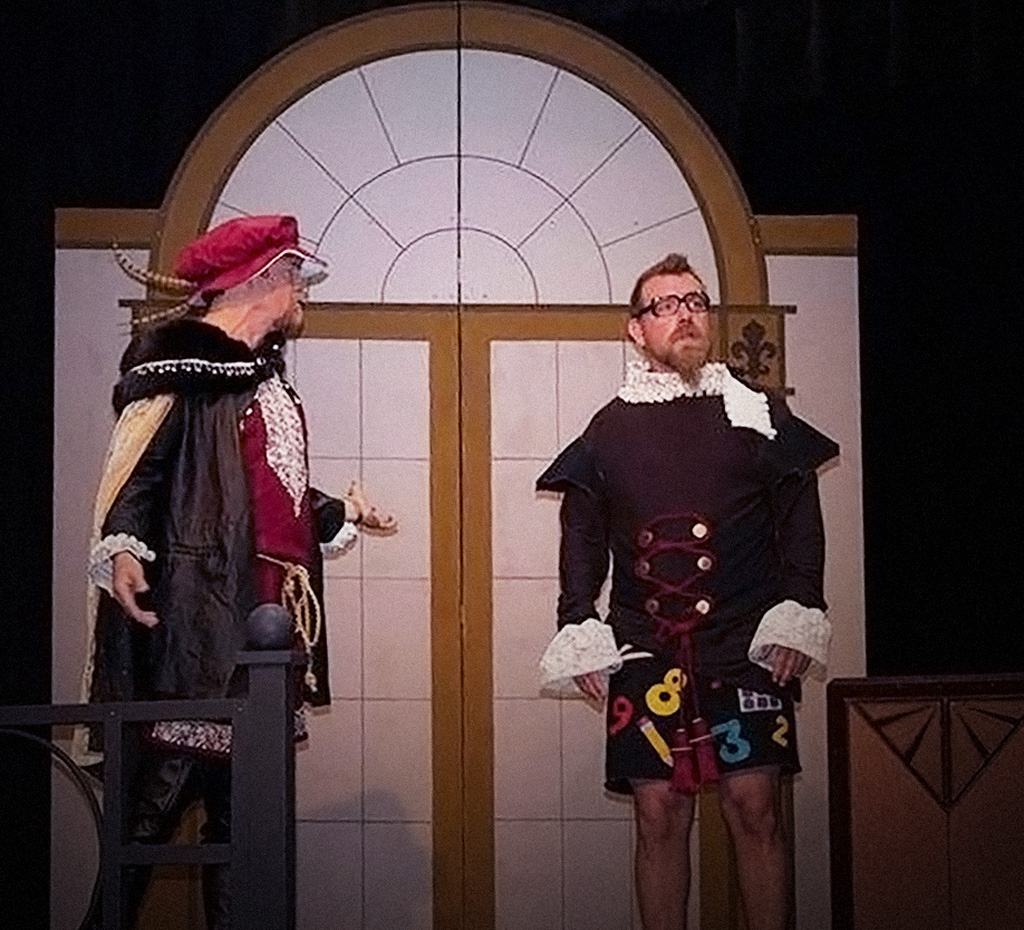 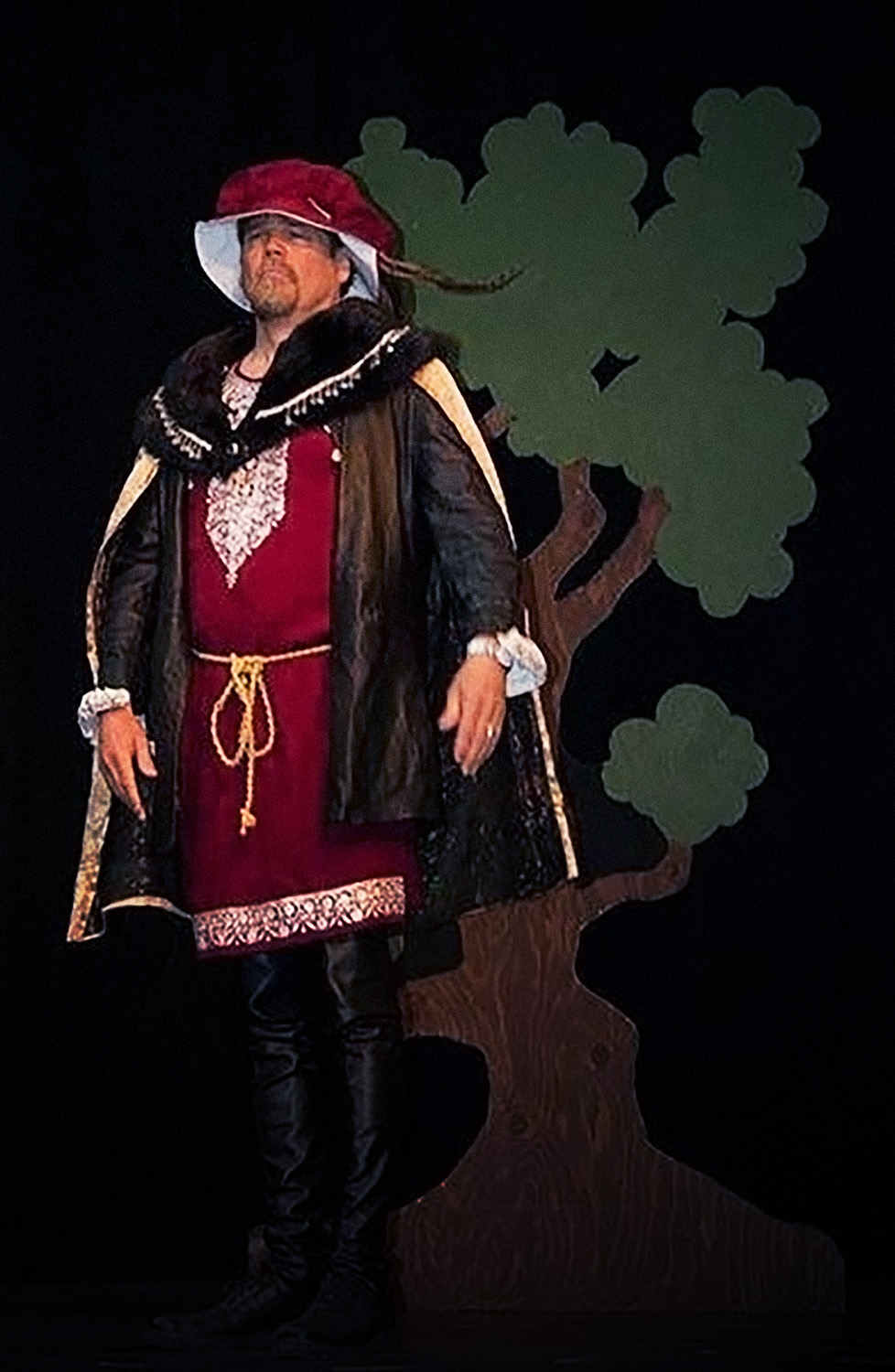 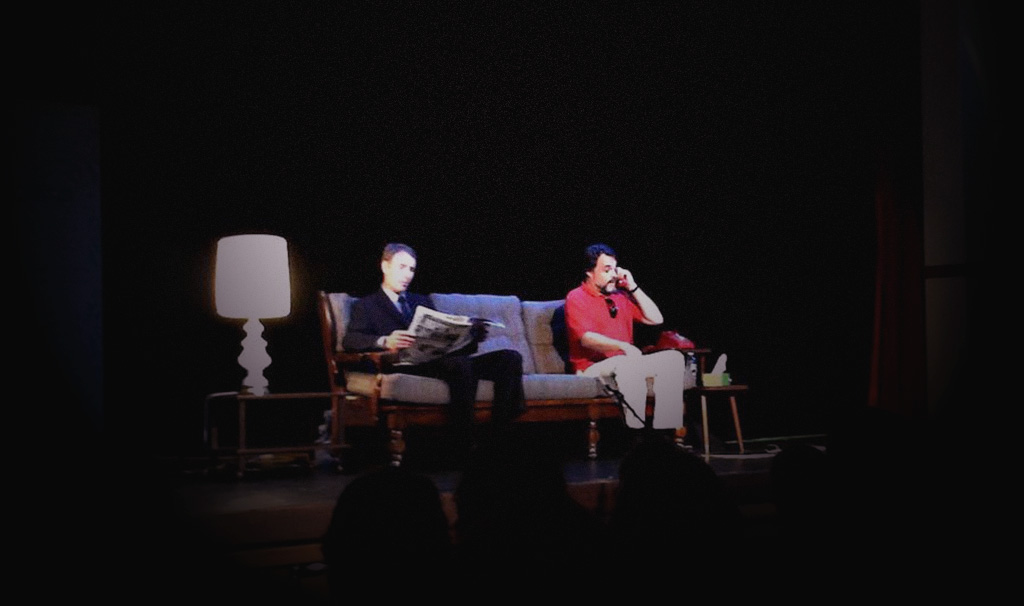 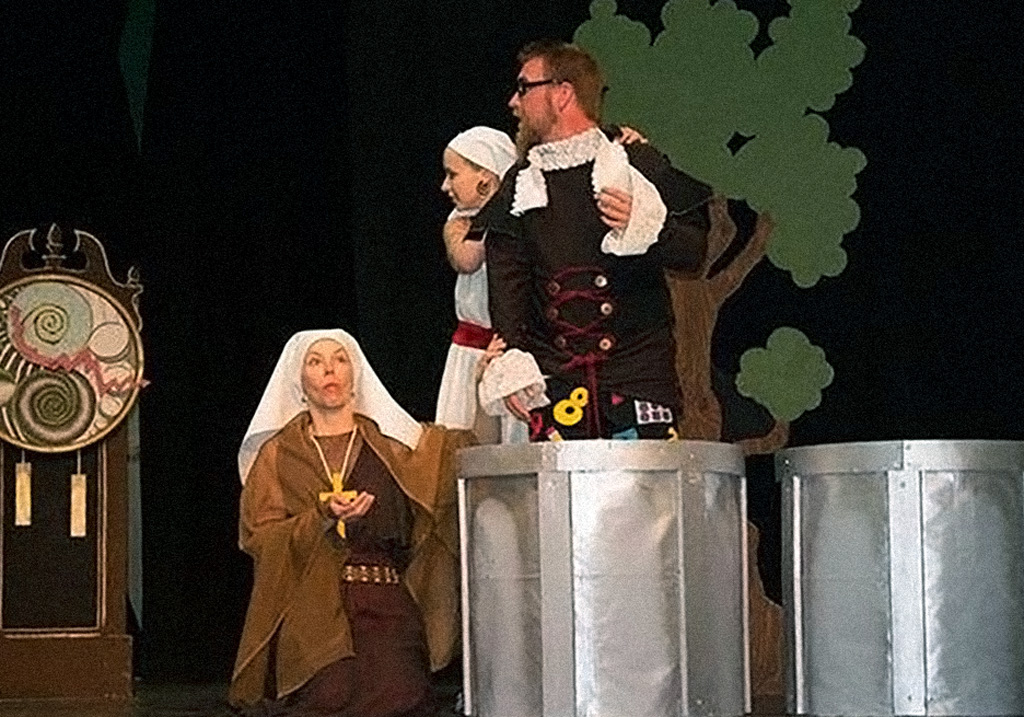 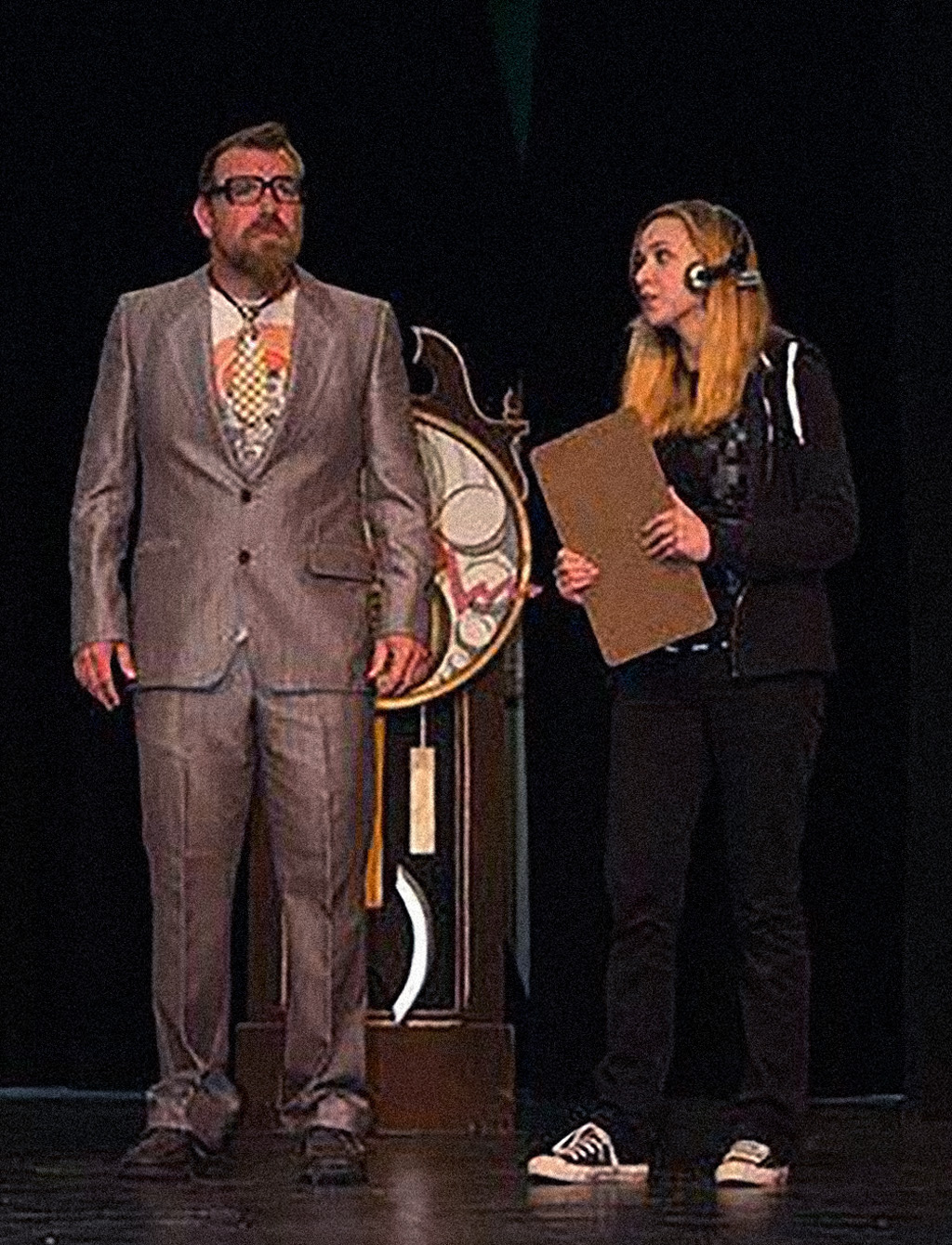